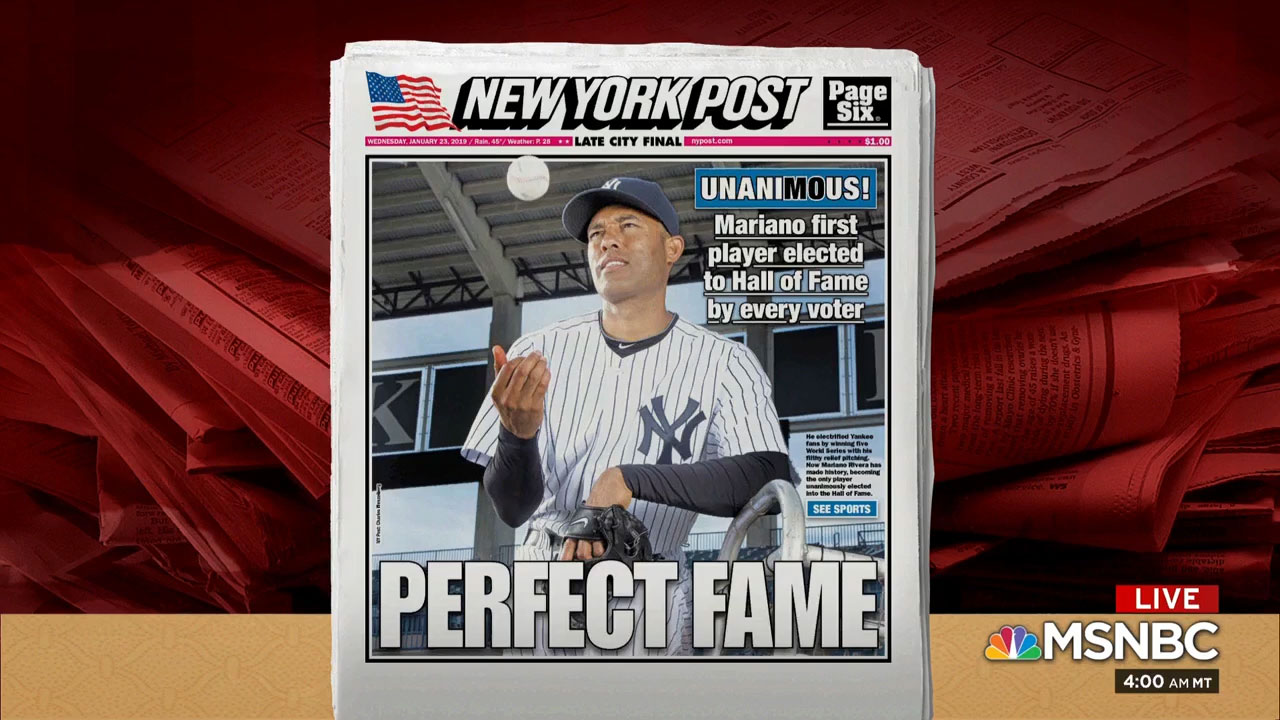 “Congratulations to Mariano Rivera, a wonderful human being, as well as a great pitcher, who single handedly gave up the greatest hit in the history of the Boston Red Sox—Bill Miller’s single in the ninth inning to drive in a run to tie the game in the 2004 American League Championship Series. The Red Sox went on to beat the Yankees,” teasingly says die-hard Boston Red Sox fan Mike Barnicle as Willie Geist and the Morning Joe team commends New York Yankees closer Mariano Rivera on being the first unanimous choice for induction into the Baseball Hall of Fame. Listen to a little more of the baseball discussion here.