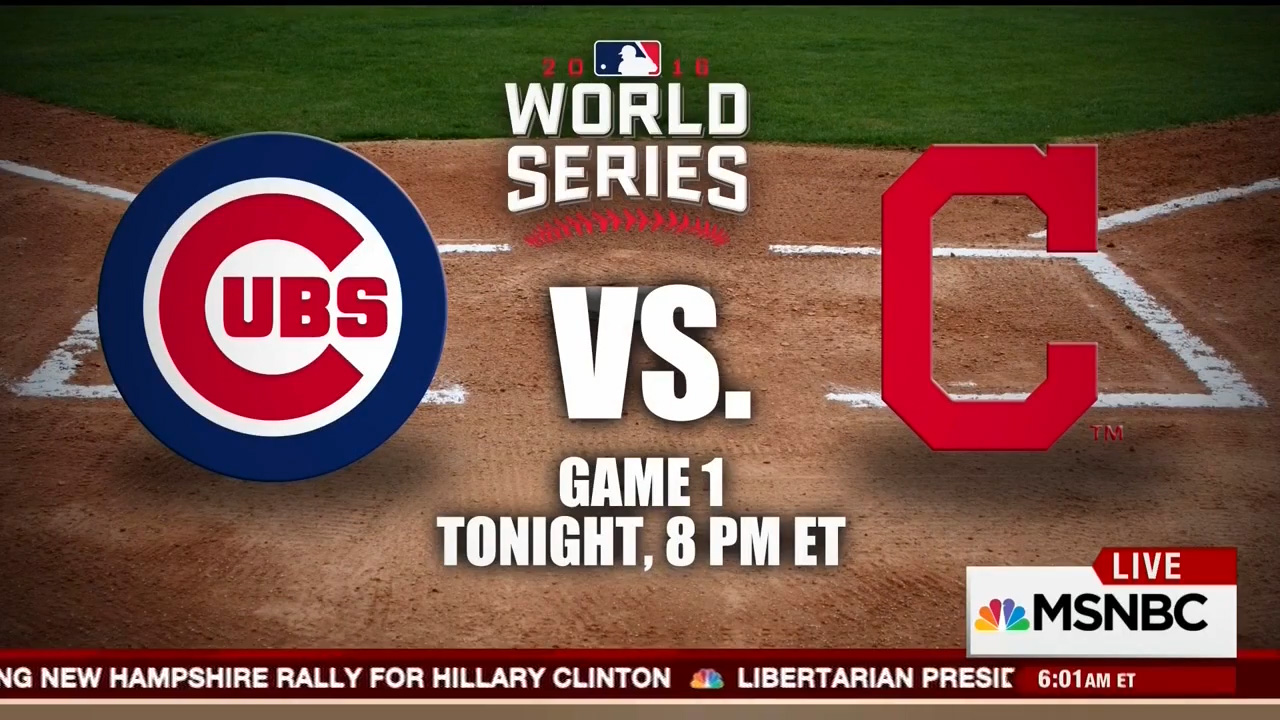 “The [Cleveland] Cavaliers get their rings….The Cleveland Indians begin game one of the World Series. It’s great for Cleveland. It’s great to see these two mid-Western teams in it,” says Morning Joe veteran columnist Mike Barnicle in conversation with the show’s host Joe Scarborough about the Cavs celebrating their first-ever NBA championship and the Indians in their first World Series since 1948. Tune in to hear Barnicle’s prediction on which team will win the World Series – the Indians or the Chicago Cubs.