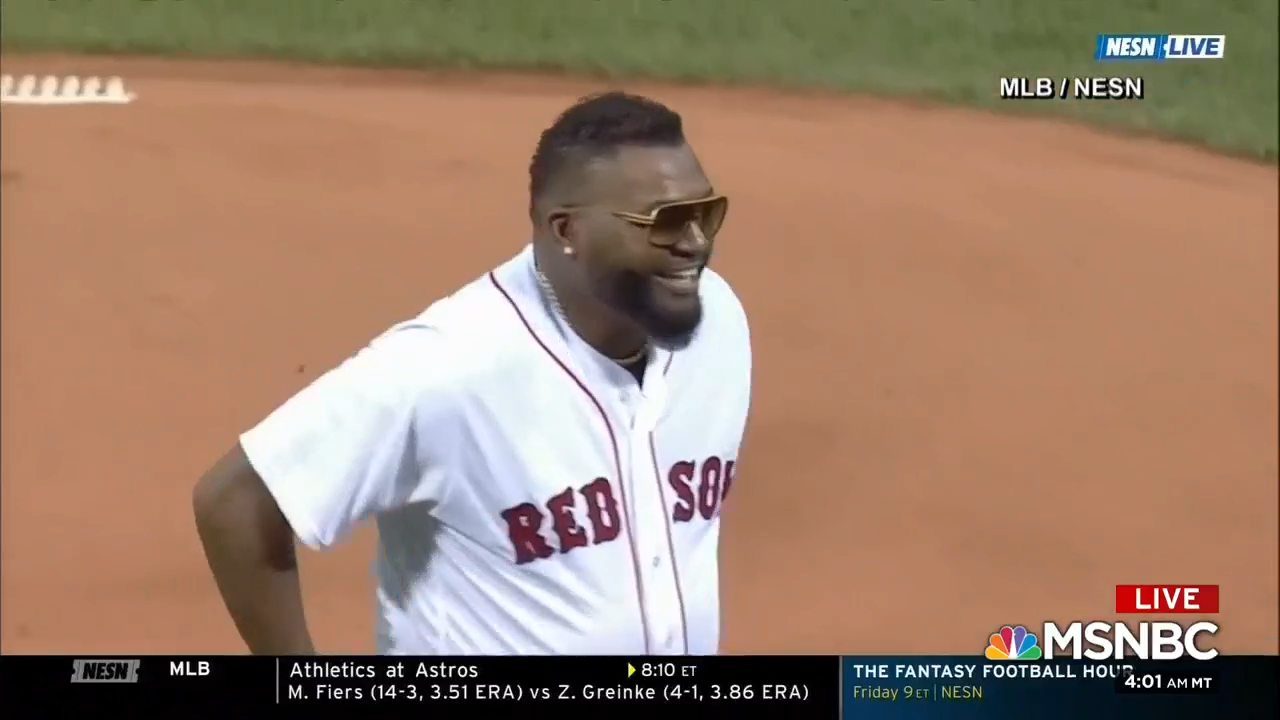 Listen in on the Morning Joe conversation with Joe Scarborough, Jonathan Lemire and Mike Barnicle about Red Sox legend David Ortiz’s surprise appearance at Fenway Park to throw out the first pitch of the final Red Sox-Yankees game of the season, marking Big Papi’s return to the historic ballpark after recovering for a gunshot wound that occurred during an attack in June in his native Dominican Republic and following the recent announcement that the Red Sox fired their president of baseball operations Dave Dombrowski. “That was a great moment and it was nice to see him out there…back healthy, throwing the way he always throws,” said Barnicle. Listen to more of the discussion here.